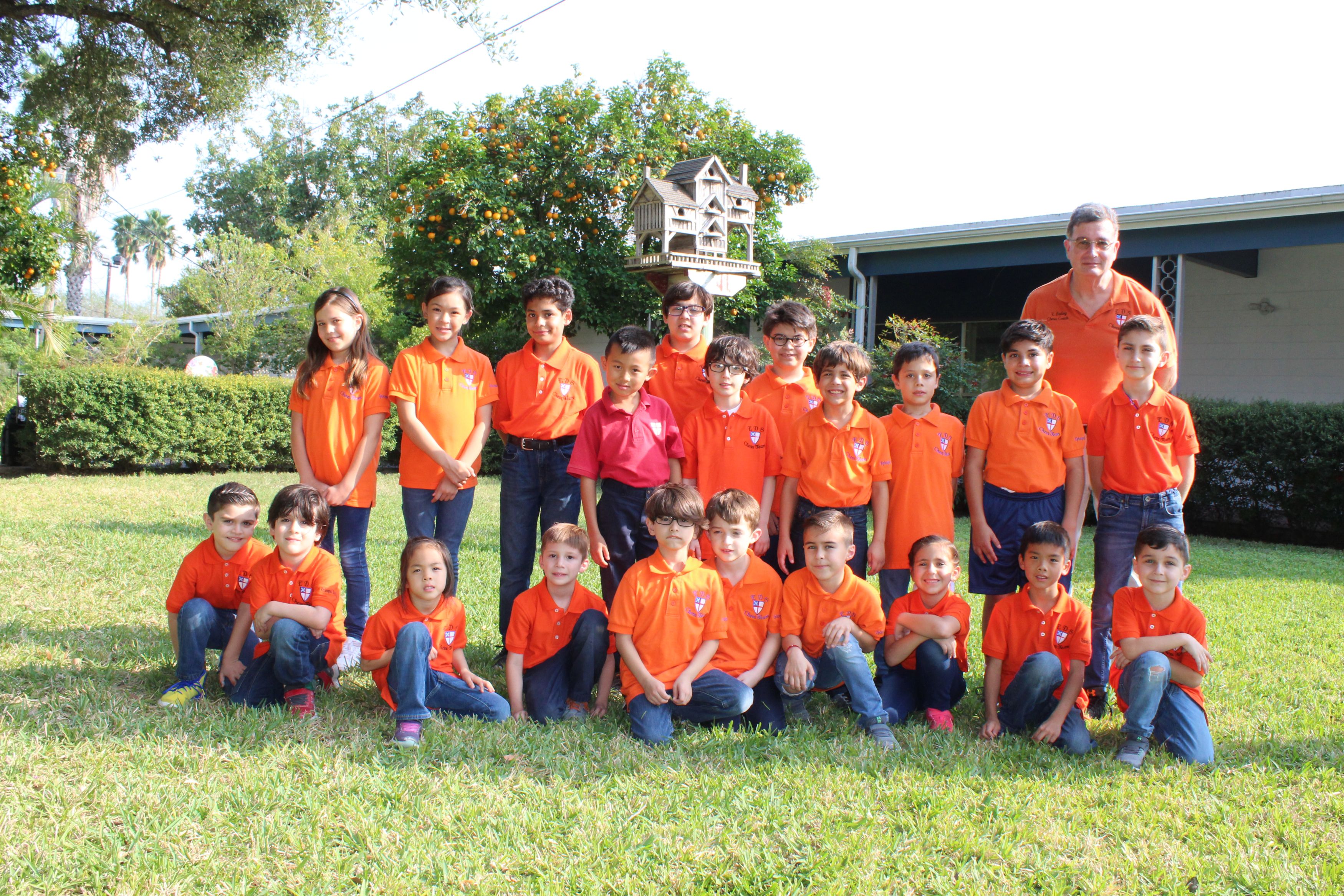 Join the EDS Chess Club! Victor Bailey is the head coach for the 20th straight year. The team is open to all students from Kinder - 6th grade. Chess classes will start on Thursday, August 22, 2019 and run until May 21, 2020.

Kinder – 2nd Grade (you can choose to attend practice either on)

For all players participating, parents are required to read all of the rules, fill out the appropriate information and return to Coach Bailey in order for your child to join the team. Please click here for the EDS Chess Club Sign-Up Sheet.

The EDS chess club was started by an EDS mom in the spring of 1999. The Rio Grande chess world was really coming along throughout the Brownsville area at the time. EDS was quick to make its mark by winning the state title in the Junior Varsity division in the spring of 2000 in Dallas, Texas. Coach Victor Bailey’s full time affiliation with the chess club began in the fall of 1999. In the fall of 2002 and 2003 the EDS girls won two consecutive state chess titles. EDS was establishing itself as one of the toughest teams in the elementary chess world throughout the Rio Grande Valley.

In the fall of 2009 the EDS Kinder-1st grade team won the Texas state title. This was one of the most talented teams we have had at EDS. Unfortunately, most of the team had left by the following fall. Part of that particular team did mange to stay together, and in the spring of 2014 the EDS team placed 2nd in the state, and 15th in the nation at the United States Chess Championships, in the Championship Division, which were held in Nashville, Tennessee.

For the past two years EDS has had a player who was the top Elementary chess player in North America! His name is Rohan Trakru. He won the Middle School Texas State Championships in 2018. The program is about to enter its 20th year and it has been a great benefit to the EDS school. So many talented and gifted players have come through the EDS chess program, and each one has in their own way given a piece of themselves that says this is forever EDS chess!